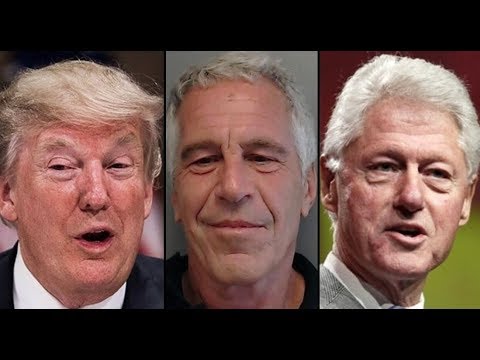 I doubt we’ll ever know what killed Jeffrey Epstein. Or believe whatever we’re told by official sources. Because official sources ain’t what they used to be. And, as illustrated by the president of the United States, it’s easier to subscribe to online bullshit.

Bill Barr’s Justice Department – four scary words justifiably worthy of skepticism – is investigating what happened to the serial child molester in a federal detention center in Manhattan, reported yesterday as death by hanging.

How does a prisoner presumably alone in a cell in a supposedly super-secure facility hang himself? With what? Is anybody buying it?

Who knows what evil lurks in the hearts of men?

Unfortunately, the Shadow was not immediately available for comment. So, I probed further – and found a torrent of nasty shit circling the online bowl.

The body of Trump’s old wingman was barely cold when he retweeted an accusation the Clintons killed Epstein.

This, apparently, was to counter all the insinuations the Gangster in Chief – once accused, with Epstein, of raping a 13-year-old girl – ordered the hit.

The social media suspect list did not spare anyone associated over the years with the high-flying financier/sex trafficker – from Prince Andrew to sleazebag lawyer/professor Alan Dershowitz.

Since we can’t trust Barr, might as well play Clue:

Or maybe it was the Russians? Or G. Gordon Liddy? Or Jason Bourne?

Maybe Epstein’s not dead. Have we seen the body? Is there video? And, even if there is, it could be fake.

I read the news of Epstein’s death in the Washington Post, which got my head spinning into its editorial headlined: Misinformation about the 2020 election has already been spread – by Republicans. It included this:

Political candidates, by and large, have a right to lie, and they have a right to buy up a bunch of bots to pollute platforms with propaganda without voters knowing the difference …They just have to choose not to.

Not surprisingly, the president has been a leader in this realm — in the wrong direction. Routine retweeting of fraudulent accounts, along with promotion of distorted video, conspiracy theories and other manufactured narratives, is the least of it. Last month, the Associated Press reported on a series of social media ads for President Trump’s re-election featuring personalities such as “AJ from Texas,” a Hispanic man on a city street. But it turns out AJ is not from Texas, and his name is not AJ. All the president’s supposed supporters were models in stock footage produced overseas.

Weeks earlier, the New York Times discovered that a consultant for Mr. Trump’s re-election campaign was publishing smear websites disguised as official pages for Democratic candidates. The most prominent displays GIFs of former vice president Joe Biden touching women and girls alongside blurbs about his opposition to court-ordered busing.

Mr. Trump may be a lost cause …

The theme of online lunacy picked up speed with a story about a guy from Toledo – the Ohio city also known as Dayton – who thought it was cool to post this on Facebook about Congresswoman Alexandria Ocasio-Cortez:

She should be shot. Can’t fire me, my employer would load the gun for me.

Timothy James Ireland Jr., 41, told police he was “very proud” of his written work and also bragged about his firearms, which, he said, he “always carries concealed.”

He was arrested for making the threat, as well as for being a felon and fugitive – wanted in two states – in possession of a firearm.

My daughter Jodie interrupted my perusal of the Post with a text, sharing a more refreshing example of online literature:

You Trumpsters better pray that liberals never gain control of the WH again because we are going to pay you back so fucking hard for all of this shit. Planned Parenthoods on every damn corner. We’re going to repaint Air Force One, pussy hat pink and fly it over your beloved Bible Belt 6 days a week, tossing birth control pills, condoms, and atheist literature from the cockpit. We’re going to tax your mega churches so bad Joel Olsteen will need to get a job at Chik Fil A to pay his light bill. Speaking of Chik Fil A, we’re buying all those and giving them to any LGBTQ you sick cult leaders tortured with conversion therapy. Have fun with your new menu you bigoted fucks. Try the McPence. It’s a boiled, unseasoned chicken breast that you have to eat in the closet with your mother. ALL parks will be renamed Rosa Parks asap. We’re replacing Confederate statues with BLM leaders and Mexican immigrants. Every single public school will be renamed after a child that was kidnapped by this regime. And after we fumigate the WH, we’re repainting the whole thing rainbow. Fox News will be taken over and turned into a family refugee shelter. We’re turning Hannity’s office into a giant unisex bathroom with changing tables and free tampons. And every single time a Trumpster complains about any of the changes, we’re adding an openly gay character to a Disney movie.

What’s this? I asked.

Tommy Lee wrote it and posted on his Facebook. I could not stop laughing.

The writing was vastly superior to the Toledo man’s two-sentence death threat. But I still didn’t know who Tommy Lee was.

And bells  failed to ring when I found out he was the drummer for Motley Crew.

I was less impressed with Mr. Lee when I discovered, thanks to an online sleuth – Colonel Mustard in the cellar with a laptop? – that the drummer plagiarized the entirety of his little pastiche from an anonymous Reddit post in 2018.

My book, The Expat Files: My Life in Journalism, is available from Amazon.com and Amazon Canada.